Oh yes, it’s that time of year again, when numerate pollsters make nasal proclamations about the naming of the next next version of Ubuntu. When gazers of balls crystal provide nifty suggestions for new new features and, of course, suitable nomenclature to match.

What will it be? A Naiant Nailtail would make a fine coat of arms, but we’re not really in the business of arms. Most of our businesses have legs. Most, I say. We could hedge our bets and go with the Neutral Newt, but it’s placing bets and seeing them through that raises the game for the free software desktop, and now’s a time of great change and invention, not a time for fence-sitting.

I’ve been procrastinating. The N-evitable nature of our cadence means that calls for something nicer than “Maverick+1” are increasingly noticeable. Naively, I always assume that the answer will leap off the page. Instead, what leaps off the page is a gazillion permutations and combinations of nubile, naughty, naiad and nymph. Moving swiftly onward I linger on the possibilities of the Numbat. Nah. There’s no doubt Fourecks can be a rich source of inspiration, now’s not the time to celebrate Van Diemen’s Land, we’ve better plans for that. And speaking of Fourecks, the Nobby Noctule sounds like something dreamed up by Terry Pratchett, perhaps a fitting way to move beyond Adam’s 10.10.10, but it really is hard to sing the praises of a bat. Especially one with (k)nobs.

As you can imagine, after a few weeks with a dictionary and colouring in book of animals, I could draw this out N-definitely. The problem is NP-complete, which I’m now reliably informed by the good folks at HP means it’s provably quite difficult and not something that can be delegated to chips of the non-quantum kind. My chips are most definitely non-quantum though my bugs, strangely, are.

Where did that leave us?

Well, let’s look at what we want to get done.

We have this whole design thing in full flow, which is making Ubuntu sleeker and more stylish, as well as making it smoother for those who just want to get stuff done. We’ll make the N release the best-dressed ever. But classy covers don’t equate to good reads – we want style and substance to meet and get along famously. Once Maverick is out the door we’ll be turning our attention to making the most of the amazing capabilities of modern graphics hardware, both for outer beauty and for inner efficiency. There’s a lot more to GL than glitz and glamour, though we won’t say no to either.

We’re also putting a lot of work into chips and architectures (admittedly, not yet of the quantum sort) that keep cool, and help keep the planet cool in the process. So it would be nice to have a codename which reflects that goodness. Some sort of mascot for a cool planet would do the trick.

And so, we come swiftly to a conclusion: allow me to introduce the Natty Narwhal, our mascot for development work that we expect to deliver as Ubuntu 11.04.

The Narwhal, as an Arctic (and somewhat endangered) animal, is a fitting reminder of the fact that we have only one spaceship that can host all of humanity (trust me, a Soyuz won’t do for the long haul to Alpha Centauri). And Ubuntu is all about bringing the generosity of all contributors in this functional commons of code to the widest possible audience, it’s about treating one another with respect, and it’s about being aware of the complexity and diversity of the ecosystems which feed us, clothe us and keep us healthy. Being a natty narwhal, of course, means we have some obligation to put our best foot forward. First impressions count, lasting impressions count more, so let’s make both and make them favourable.

While it may not in fact get you a pony, the world of free software is the platform upon which the future is being built. So the Narwhal, as the closest thing to a real live unicorn, is an auspicious figurehead as we lay down the fabric from which dreams will be woven. Dreams of someone’s first PC, dreams of someone’s first million instances in the cloud: whatever your vision of the future, we hope the Natty Narwhal will have something to offer. Test your gems against that unicorn – some will be glass, others of value. Perhaps the unicorn will bring you Luck, perhaps a cure for poisons proprietary. One thing is certain: we’ll be building it together with thousands of the most generous, insightful, fun people on the planet – not only those in the Ubuntu community, but those who participate in the whole of the free software ecosystem, from a2jmidid to zzliplib, with Debian (happy Birthday!, now longer in the tooth, wiser, but as potent and principled as ever) a special partner. I’m looking forward to the ride, and the result! 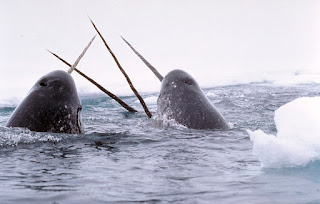 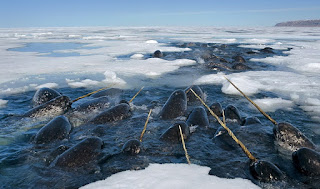 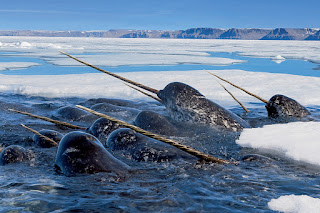